Wargaming is pulling out all the stops this month with the August Extravaganza, our biggest battle blowout of the year! The Extravaganza lasts from August 1 through August 17, and throughout those 17 savage days, we'll be celebrating our community of over 93 million players with a lineup bigger than a Panzer tank. Over $1,000,000 worth of in-game giveaways, physical prizes, in-game special events (including accelerated XP) are set to roll for all tankers and pilots this month.

Each day of the August Extravaganza is designed to reward the hardcore and entice the casual players with big rewards and discounts. Participate in special week-long missions to earn massive amounts of XP and Credits, and join in the weekend crescendo, when limited-edition tanks and aircraft are awarded among huge discounts on Premium vehicles, and XP earning is boosted to the limit. Then keep it tuned to our weekend livestreams on Twitch to be eligible for valuable real-world prizes!

The event spans across all Wargaming games: World of Tanks, World of Tanks: Xbox 360 Edition, World of Tanks Blitz, and World of Warplanes. The August Extravagazna is the ultimate opportunity to bolster your armor, stock your arsenal and fill your Garages or Hangars with the firepower and Credits you need to dominate. Lock and load!

During the week of August 11, the event extends beyond North America and goes international with the events for World of Tanks: Xbox 360 Edition! 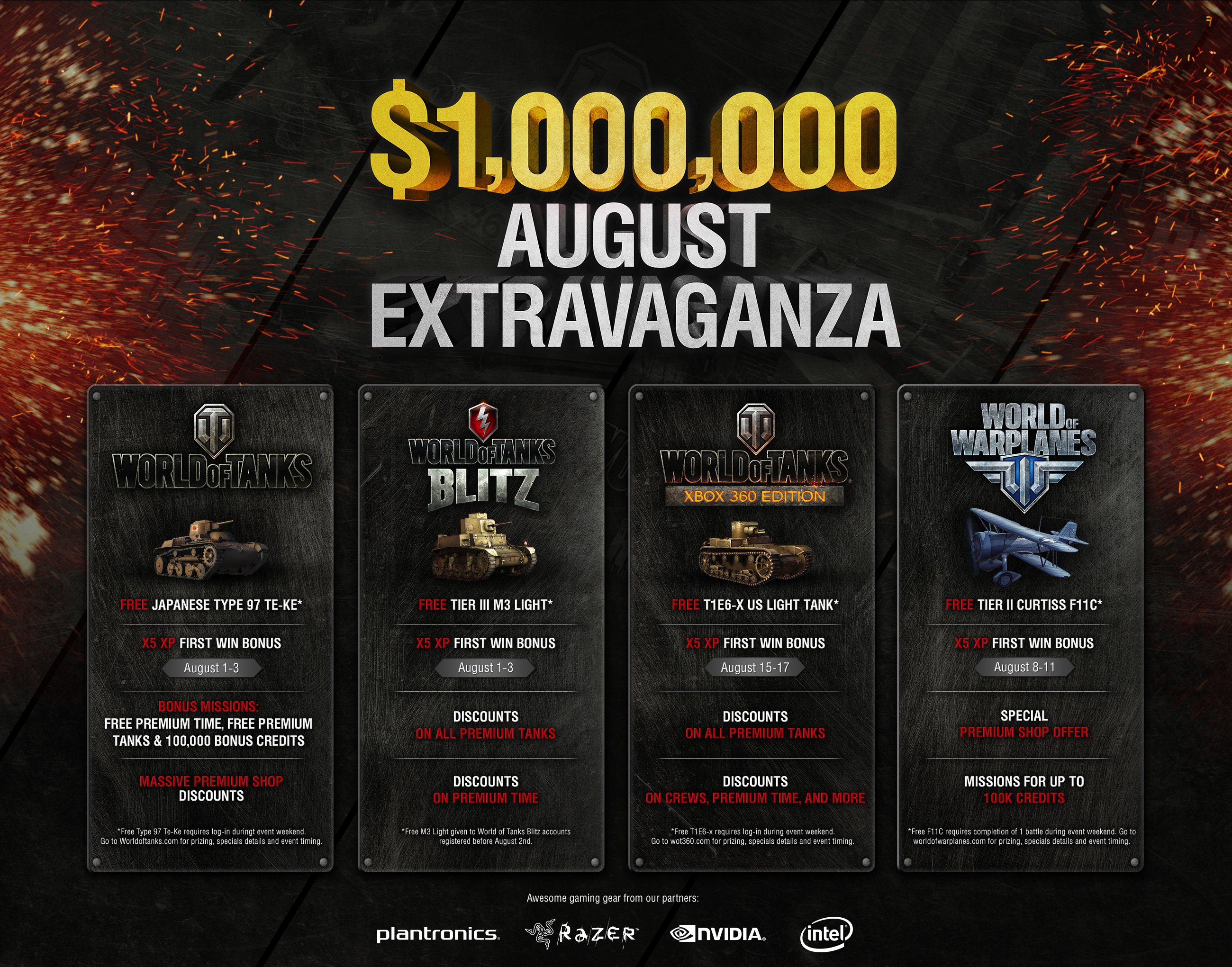