We are excited to announce that Wargaming will be at PAX East 2015, held at the Boston Convention and Exhibition Center (BCEC) from March 6 to 8! Attendees can find us at booth 8016, where we're offering an exciting action-packed schedule including daily entertainment, over $50,000 in prizing, and gameplay activities for show attendees!

At our kick-ass booth, you'll find:

Visitors to the booth will be able to participate in a full schedule of exciting on-site activities including daily Q&A sessions with World of Tanks developers on the recent Xbox One announcement, a variety of on-stage game shows like “Ninja, Hunter, Bear”, Quiz Show, “Where's Tank-O?” and “Paper Warplanes”.

All active and veteran military may skip the game line if they present a military ID card through our Military Fast Pass system!

For those of you that can't make it to the show, you won't miss out on the excitement! We'll also be streaming live from the Wargaming booth from 2 - 6 p.m. EST on Twitch.tv/Wargaming, with host Ruukil, a well-known pro-gamer and former SIMP scout, along with feature segments from World of Tanks Xbox developers and in-stream giveaways.

Tune in for a chance to win gaming gear from Corsair, Plantronics, NVIDIA, Intel and more. Every hour on our stream we are giving away one year of Premium account access and a Premium tank, and during our mega grand prize giveaway you could win a mega bundle for Gold, Premium time, and vehicles for each and every game. The Mega Grand Prize Giveaway will take place every day at 4:00 p.m. EST at PAX East and in Twitch chat. 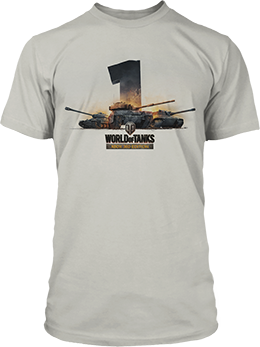 Join us in celebration of World of Tanks Xbox 360's first anniversary, with snacks, food, soda and tons of prizes! All players that attend the player gathering will receive a limited edition World of Tanks: Xbox 360 Edition anniversary t-shirt and a raffle ticket, with a chance to win one of many prizes from Razer, and even an Xbox One!

Drinks will be available for purchase, so don't forget to bring your valid ID.
At 9 PM, Game On! becomes 21+, so anyone under the age of 21 must leave at that point.