Have you heard about Twitch Drops? They're a new and easy way to earn up to three different types of in-game rewards for World of Tanks. All you need to do is just watch streams on Twitch.tv!

Since this is an initial trial of Twitch Drops, it will only be available on the Official NA World of Tanks Twitch channel, Saturday, June 27 at 10:00-14:00 PT | 12:00-16:00 CT | 13:00-17:00 ET during the World of Tanks Summer Sheriff Hunt stream weekend event. Each hour we will partner with a different community contributor — here is the tentative lineup:

If you haven't already done so, make sure to connect your Twitch and Wargaming accounts so that you're eligible for a chance to receive some awesome rewards including equipment, special missions, and — if you're really lucky — a Premium vehicle.

How to Connect Your Accounts?

If you don't have a Twitch.tv account yet, you need to start by creating one.

What Will Be Dropped?

Regular Drops and the Twitch Challenge are guaranteed after watching the stream for some amount of time. Epic Drops, however, are not guaranteed and are much rarer. 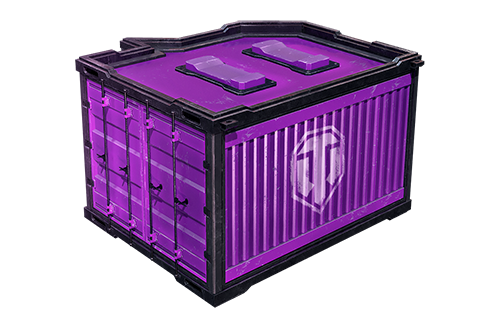 A special Twitch Drop delivered straight to your Garage — no strings attached!

A special mission will become available in-game just for you.

A chance to win one of the following Premium vehicles — delivered straight to your Garage:

Limited to one per account. If you already have the vehicle, you will receive compensation in Credits.

STOP, DROP, AND ROLL OUT

What are Twitch Drops?
Twitch Drops are in-game rewards credited to those who tune in to special Twitch streams. To be eligible, your Wargaming.net and Twitch accounts need to be linked. As this is a trial for Twitch Drops, you can only get these special in-game goodies by watching the Official World of Tanks Twitch NA World of Tanks Summer Sheriff Hunt stream on Saturday, June 27 at 10:00-14:00 PT | 12:00-16:00 CT | 13:00-17:00 ET

How long do I have to watch World of Tanks on Twitch to get a Drop?
We can't give any specific details here, but know that the longer you watch, the higher your chances.

How do you know if you have received a Drop?
You will receive a notification on Twitch under the notifications tab, as well as an in-game notification in the bottom right of your screen when in the Garage.

Will there be more opportunities to get Twitch Drops?
For now, we are only trialing Twitch Drops, but we have plans for the future depending on the outcome of this trial. More details will be announced on the website in the near future, so keep an eye out!

There are three types of Twitch Drop rewards. Do they all have the same chance of dropping?
No. Regular Drops and the Twitch Challenge are guaranteed after watching the stream for some amount of time. However, Epic Drops are not guaranteed and are much rarer.

Is there any further information on Twitch Drops?
You can read about Twitch Drops via Twitch's very own help section.